Can Chiropractic help with pelvic conditions? 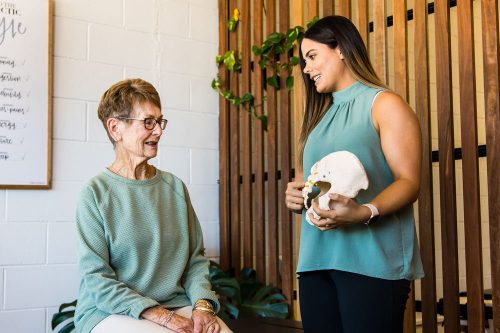 Pelvic pain can be felt in many areas of the pelvis. Some people experience pain at the very base of their low back, below the vertebrae in the low back. Others feel the pain on the sides of their pelvis, particularly over the bony bumps. Another common place to feel pain on the pelvis is on the pubic bone. 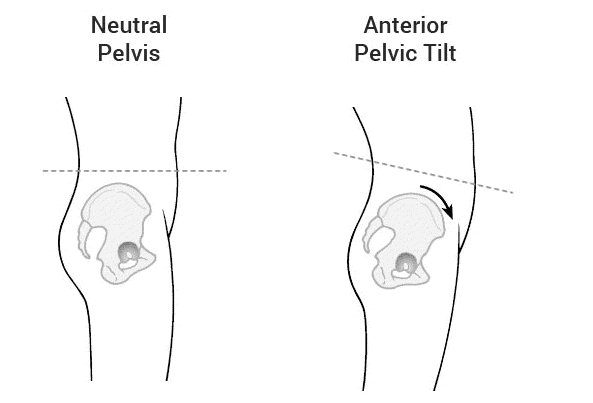 An anterior pelvic tilt simply means that the pelvis is dropped down at the front, and is raised up at the back. A common way people describe this is that they feel they have too much of a curve in their low back, or that they find they have an overly rounded stomach even though they might not be overweight.

Symptoms of an anterior pelvic tilt can include pain at the base of the low back, a feeling of having tight low back muscles, thighs or hamstrings, or feeling a lack of strength in the gluteus and core muscles. 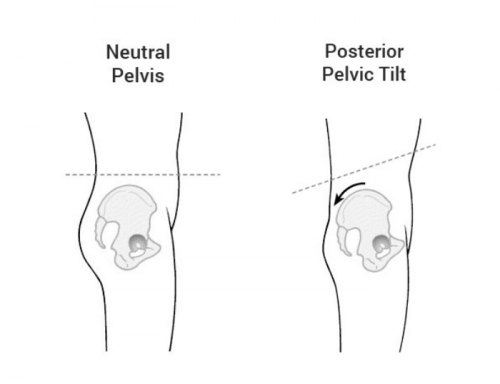 When the pelvis tilts in a posterior direction, it means the front of the pelvis is lifted and the back drops down. Quite often, people with a posterior pelvic tilt describe feeling very stiff through the entirety of the low back, all the way to the bottom of the ribs. When the pelvis tilts back, it often removes much of the natural curve that should exist in the lumbar spine, which can cause low back pain during activities which cause shock or impact through the lumbar spine such as running, jumping, and some sports.

Other symptoms of a posterior pelvic tilt can include pain in the buttocks, the groin and in the hips. 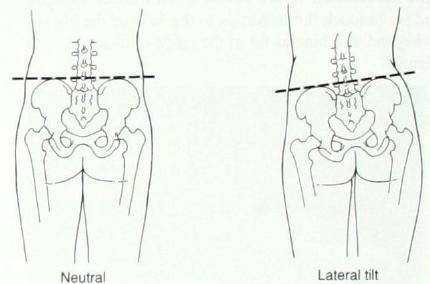 More commonly thought of as putting more weight on one leg, a lateral pelvic tilt means your pelvis is tilted to the side. This is commonly associated with scoliosis in the low back, and can also be caused by a difference in the length of the legs. People with a lateral pelvic tilt describe pain often on one side more than the other, since when the pelvis leans, it places more pressure on one hip or one side of the low back.

One of the most common causes of pelvic instability is childbirth. Pelvic instability can mean a few different things. It may be that the pubic symphysis (the middle part of the pubic bone where the two sides of the bone join together) dislocated during childbirth and now won’t stay stable without popping, clicking or hurting. The sacroiliac joints can also be affected, which are the joints at the back of your pelvis where the pelvis joins onto the spine. A clunking sensation is common when the sacroiliac joints become unstable.

How can Chiropractic help with pelvic conditions?

Chiropractic care for these pelvic problems must be tailored to the individual. Sometimes, more than one of these tilts can be occurring at once, and thus a thorough examination needs to be done. Chiropractic adjustments are techniques by which your Chiropractor pushes your pelvis in a particular direction in order to restore range of motion, reduce pain and correct posture.

In addition to this, your Chiropractor may recommend exercises, stretches or changes to certain activities to correct your pelvic alignment long term. Some of the Chiropractic techniques that may help pelvic conditions include:

Mobilisation of the sacroiliac joints, lumbar spine joints and hips can be a very useful way of managing pelvic conditions. This technique often involves slower pushing and sustained pressure on stiffened joints to increase mobility.

When may we refer you to another practitioner?

If the nature of your pelvic condition is such that you will require referral to another practitioner, we won’t hesitate to get you to the right place. Some symptoms which may prompt us to refer you include:

There are many reasons pelvic pain can arise, which means there are many ways we may be able to help. When in doubt about where your pelvic pain is coming from, it is always best to seek advice from a professional. As Chiropractors, pelvic pain is a common problem we see in practice. Feel free to give us a call or contact us online.

How can Chiropractic help golfers?
Top tips to avoid pain while gardening
What are the best and worst bags for your back?
Previous

Can Chiropractic care help with Osteoarthritis?

What causes a pinched nerve and can Chiropractic help?