What is magnesium and what does it do? 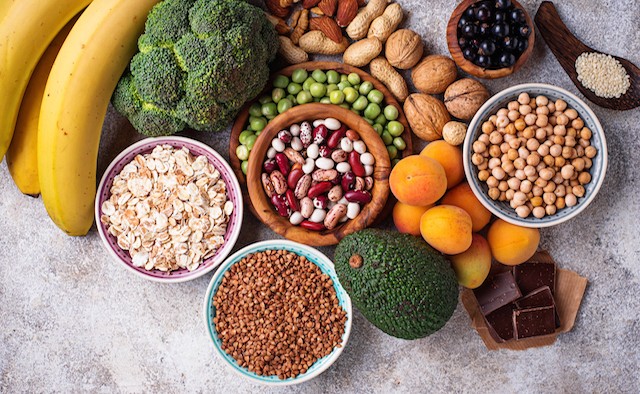 Magnesium is an important mineral which is responsible for many functions in the body. It is important that we get enough magnesium in our diet, however sometimes we may supplement magnesium to ensure we are getting enough. Magnesium on its own is actually a metal, and so it must be combined with another substance (a non-metal) to form a salt which can be absorbed into the body. As a nutrient, magnesium is necessary for producing energy, regulating blood pressure, muscle function and contraction, and for producing nerve signals. For these reasons, it is absolutely essential to make sure your diet contains enough magnesium.

Foods containing relatively high amounts of magnesium include dark greens, particularly leafy greens such as spinach, nuts, seeds (such as pumpkin seeds), and legumes. In diets where higher levels of magnesium are present, the body may only absorb around 25% of the magnesium consumed. In contrast, in low magnesium diets, the body can absorb around 75% of the magnesium present. This adaptability means that our diets do not need to be exact, as the body will take more or less magnesium from the diet as needed. That said, some studies suggest that up to two thirds of people in the western world may not be getting enough magnesium from their diet, and thus magnesium supplementation is often recommended.

The recommended daily intake of magnesium for those over the age of 19 ranges from 400mg to 420mg for men and from 310mg to 320mg for women per day. Here are some common magnesium formulations found in common supplements:

As one of the most common forms of magnesium, magnesium citrate is very easily absorbed, which makes it very bioavailable. This is often a form of magnesium used in supplements designed to aid in muscle relaxation and relief from cramps.

Magnesium chloride is quickly absorbed through not only mucous membranes, but also through skin. Because of this property, it is often used to raise magnesium levels quickly, help relieve heartburn or other conditions of the upper digestive tract, and is often applied as a cream to help relax muscles.

This formulation of magnesium is most commonly referred to as Epsom salt. Due to the poor taste of Epsom salt, it is less commonly used as a dietary supplement and mostly as an additive to bathwater. Despite this being its most common use, magnesium sulfate may not be easily absorbed through the skin as there is very little research to support the theory.

What are the benefits of magnesium?

Magnesium benefits us in many ways. For the purposes of this article, we will talk about the most common uses of magnesium supplements.

What are the side effects of magnesium?

When taken improperly or when causing an excess of magnesium in the body, magnesium can have side effects. You should always consult your healthcare practitioner before supplementing magnesium, as if your dietary magnesium is sufficient, magnesium supplementation can lead to other conditions.

Magnesium in high doses can cause diarrhea, nausea, or even muscle cramps. In extremely high doses and over time, magnesium may lead to low blood pressure, heart problems, slowed breathing, and potentially fatal outcomes. These effects are extremely rare however, and it should be considered that most micronutrients have similarly negative side effects when taken in excessively high doses. It is also important to recognise that magnesium may interact with some medications.

Always consult with your general practitioner if you are taking medication and intend to supplement with magnesium.

Can the footwear you choose have an impact on your spine?
How can Chiropractic care help tradies?
5 Healthy Habits To Adopt In 2021
Previous

The importance of lifting correctly

Top sports for people with back pain